The Tradition of Half-Masting

Flying a national flag at half-mast has become a symbol of mourning for countries across the globe. It is how we show our sympathy for loss, either in our own nation or in solidarity with others. Its a common act with many policies that seem traditional today. However, half-masting got started in a surprising way.

In 1612 the captain the Hearts Ease, a British ship, died while sailing to Canada. The crew members so mourned the death that they flew their flag at half-mast all the way back to London. Scholars say the space above the lowered flag is symbolically reserved for an invisible flag of death.

Afterward, the half-mast flag became a symbol of mourning. For years there was much confusion about where exactly to fly it, what incidents were appropriate to lower the national flag, and for how long. Thus, nations began to codify their own rules to make sure such a solemn symbol was given the dignity it deserved. 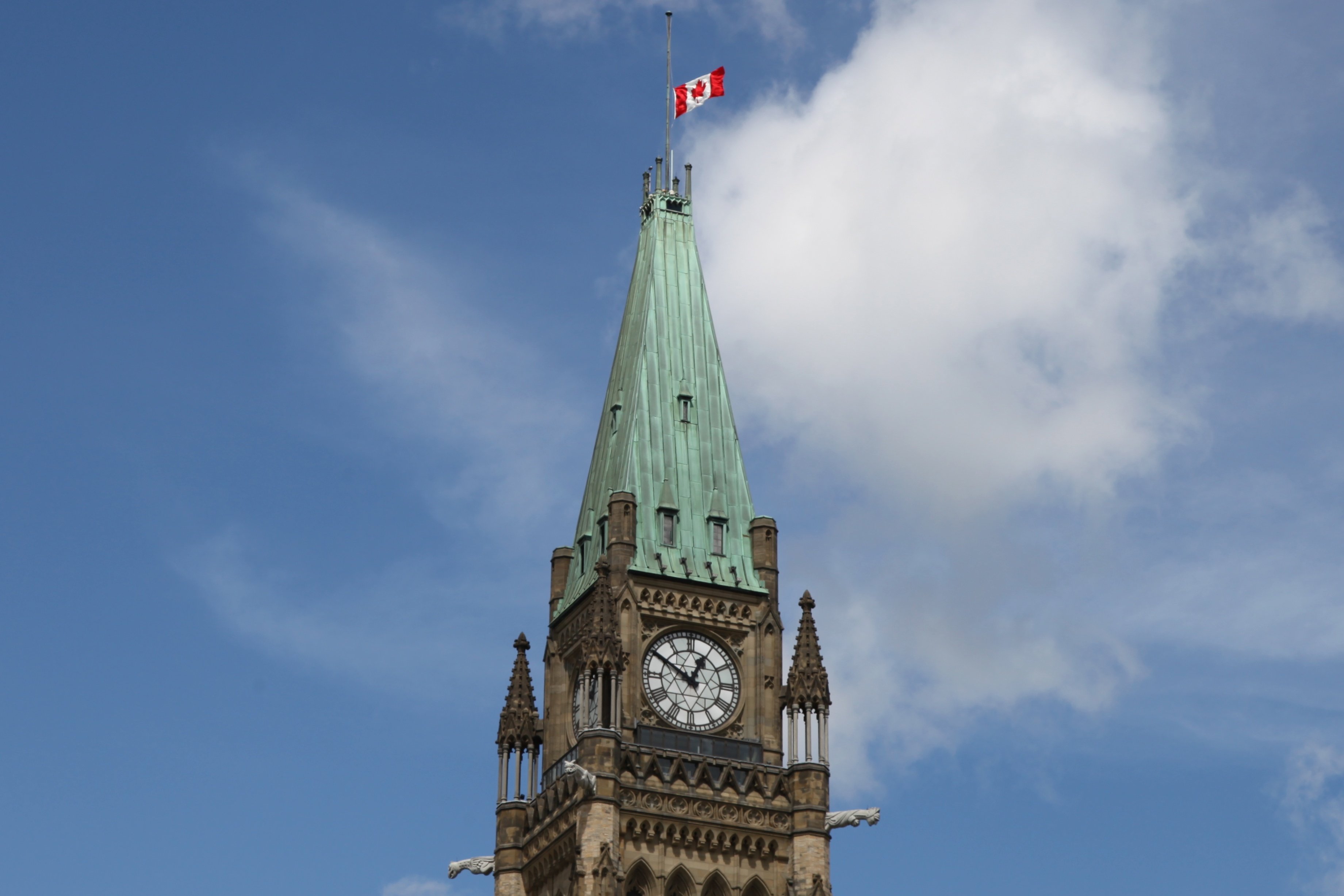 Rules for Half-Masting In Canada

There are some events designated by the Government of Canada that call for mandatory half-masting by all federal buildings or establishments in the affected Province. Other instances are selective, wherein only certain organizations may half-mast.

Private citizens are also encouraged to half-mast their own flags if they have them during periods of national mourning. Those wishing to participate may find dates and times online at the National Flag of Canada Half-masting Notices website.

Events, where the government calls for all to fly their flags at half-mast, include the deaths of the Sovereign, members of the Sovereigns family, Governor General, and Prime Minister, including those formerly elected but not currently serving. The deaths of members of the Canadian Ministry and Lieutenant Governors are memorialized with half-masting in their affected Province and on the Peace Tower.

Other deaths of officials are memorialized in much the same way in their towns or cities of residence. Provinces and Territories may also designate their own periods of half-masting, but they must be approved by a Manager with the Department of Canadian Heritage.

There are occasions when a single federal building, or buildings that fall under a certain group, may be allowed to half-mast on their own accord. For example, the Department of National Defense has its own internal protocol to memorialize fallen members of the Canadian Forces. These special circumstances usually do not apply to private citizens. However, a veteran or current member of the military may decide to fly their flag at half-mast to honour the fallen.

Exceptional circumstances may prompt the Department of Canadian Heritage and other government officials to call for half-masting outside normal rules. This is usually done to show solidarity with a foreign government following a tragedy.

You can also check out the Canadian Half Masting Schedule.